Steel Grrrder is a constructivist-style stencil typeface family with a hard, industrial feel. In all, the extended family consists of twenty fonts in a range of styles:

Designed primarily for display use and short amounts of text, the entire family was conceived as a kind of mix and match, so the different fonts can be used together, to add a bit of metallic spice to your typographic message.

This is an ultra-tough typeface family that won't buckle under pressure or wilt when the heat's turned up. Forged from carbon steel and wrapped in a layer of Graphene, the Steel Grrrder family is unashamedly rugged, a rock-hard pound-for-pound boxer specialising in thumping knockouts. 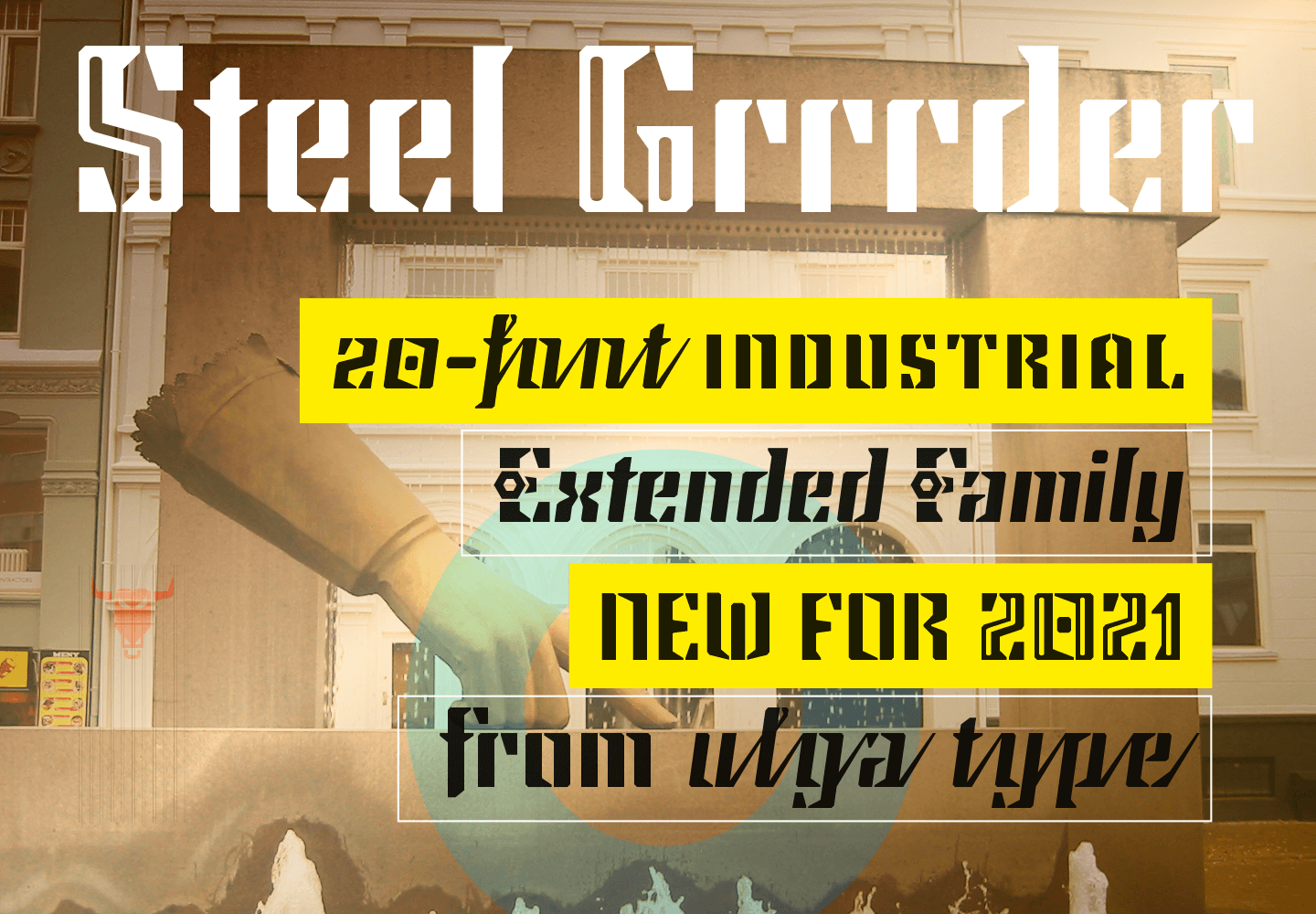 Steel Grrrder is a robust, industrial-style stencil typeface family consisting of six weights, from light to black, with corresponding italics.

Suitable for all kinds of display purposes including posters, film titles, book covers, magazines, advertising, logos, packaging, signage and games design, Steel Grrrder is especially useful where the message needs some serious geometric bite behind it.

Steel Grrrder is best categorised as a constructivist sans family. The character shapes are sharp, angular and slightly condensed – it's a rigid, no-frills, no-curves, mega-metallic design. Legible? Not really. Readable? I think not. In your faceable? Absolutely! 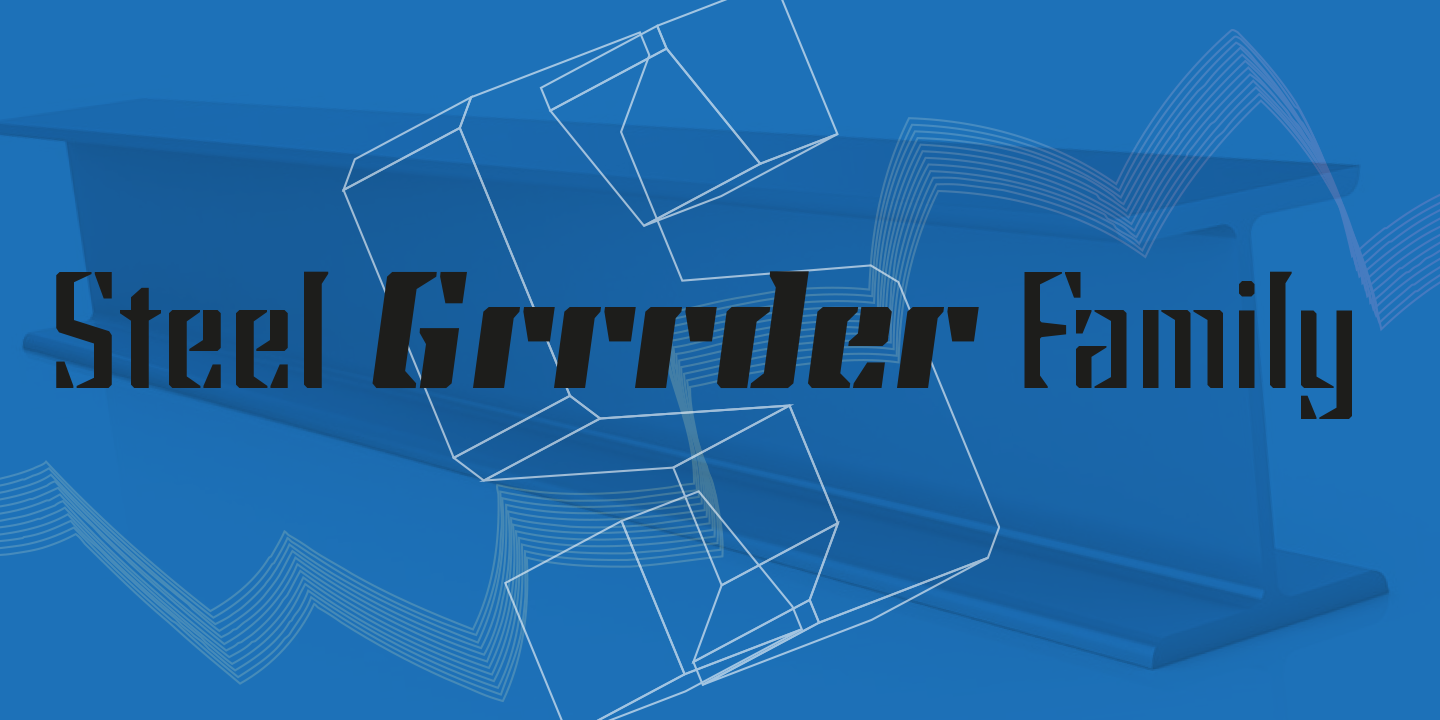 Steel Grrrder is an industrial-style joining script with a stencil effect, available in six weights ranging from light to black.

Great for all kinds of display purposes including posters, film titles, book covers, magazines, advertising, signage, packaging and logos, this is a script with a sharp personality and a steely presence.

However, if you're searching for a "nice" script – sorry, bud – you're looking in the wrong place. Steel Grrrder Script doesn't entice the reader with voluptuous curves, flowing swashes or frisky letterforms, instead its sharp chiselled features compel the reader to pay attention. Characters muscle their way along like robotic bulldogs in steel-toe cap boots. 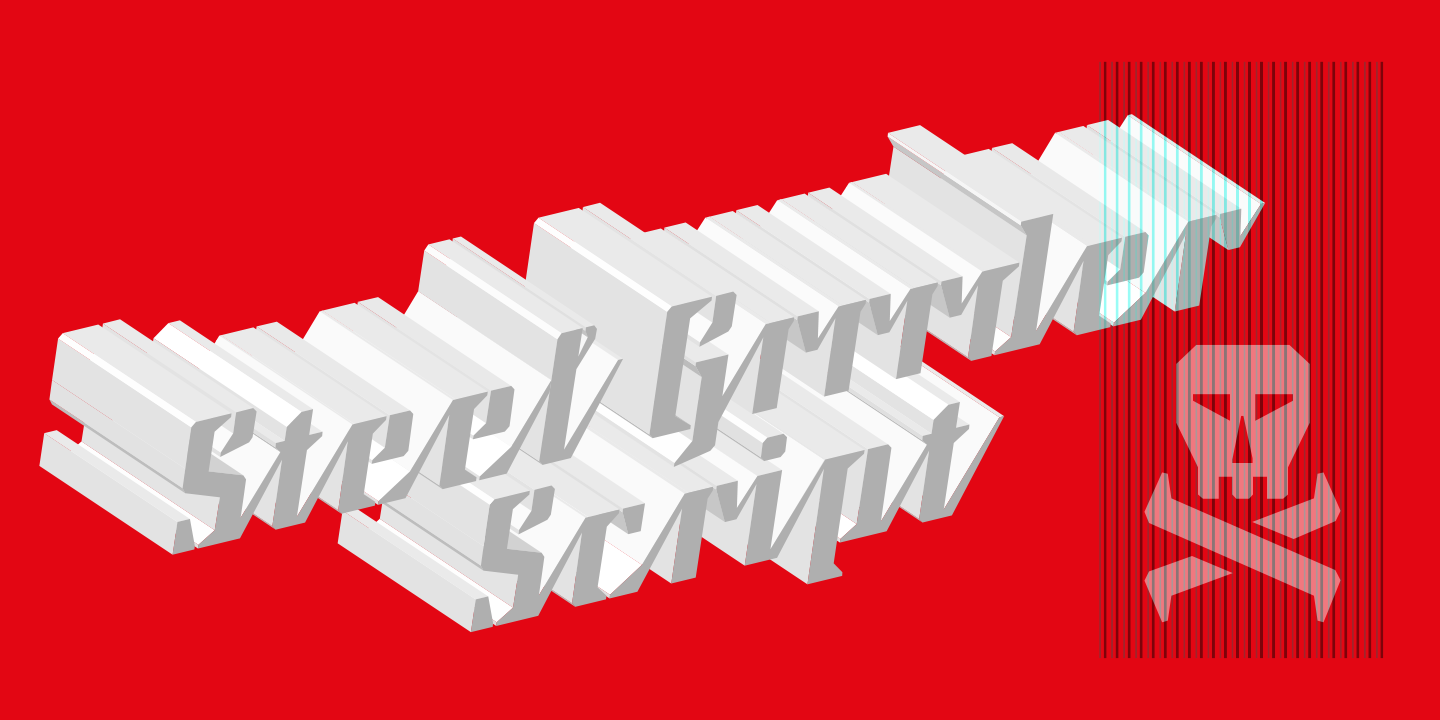 The design is sharp, angular and slightly condensed with a striking inline groove giving it an air of chiselled chunkiness. It's groovy but in a slightly robotic way. 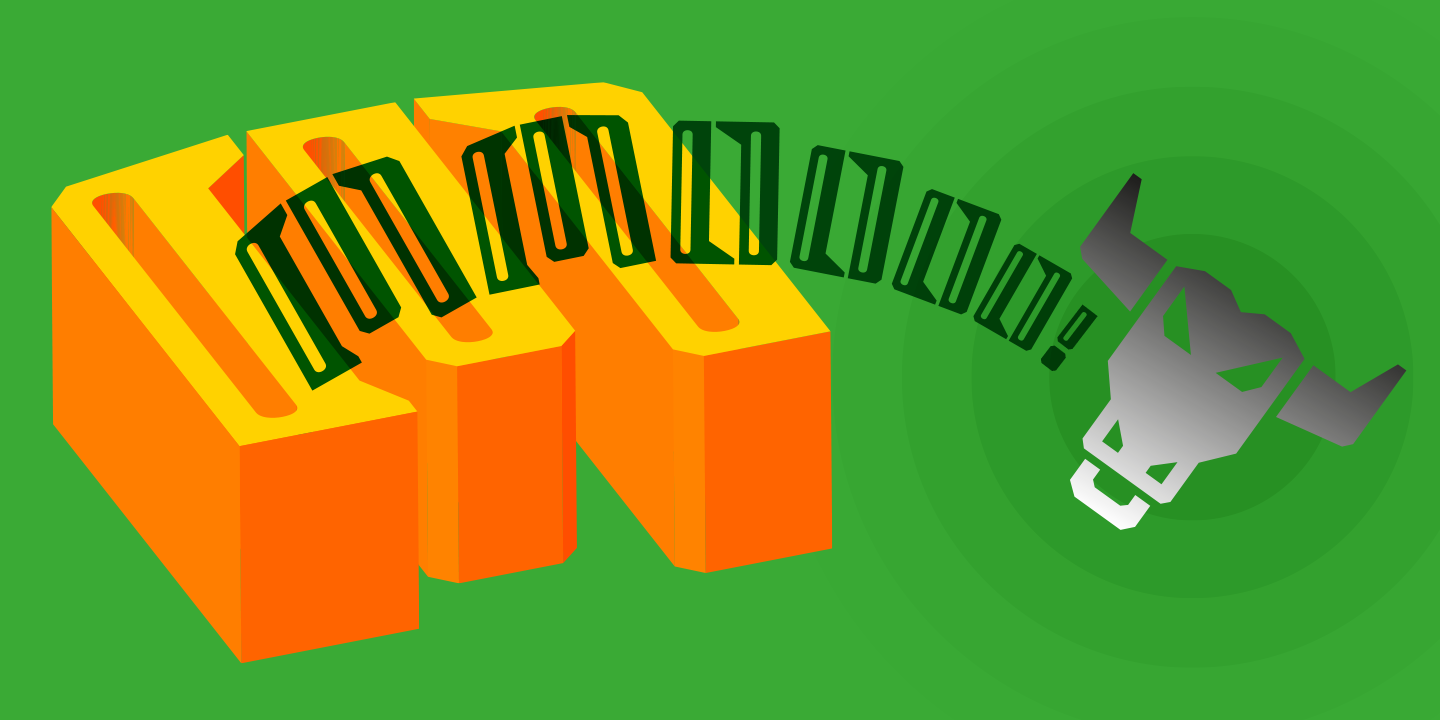 A single-weight display font, Steel Grrrder Nutjob is an industrial-style stencil with a nut device. It's best used in short display settings or as an introductory drop cap to grab attention.

The capital letters sport an open nut while the lowercase letters feature a solid nut. It's not the most legible design, but if you're after a robust display font with an element of nuts, this will do the job perfectly. 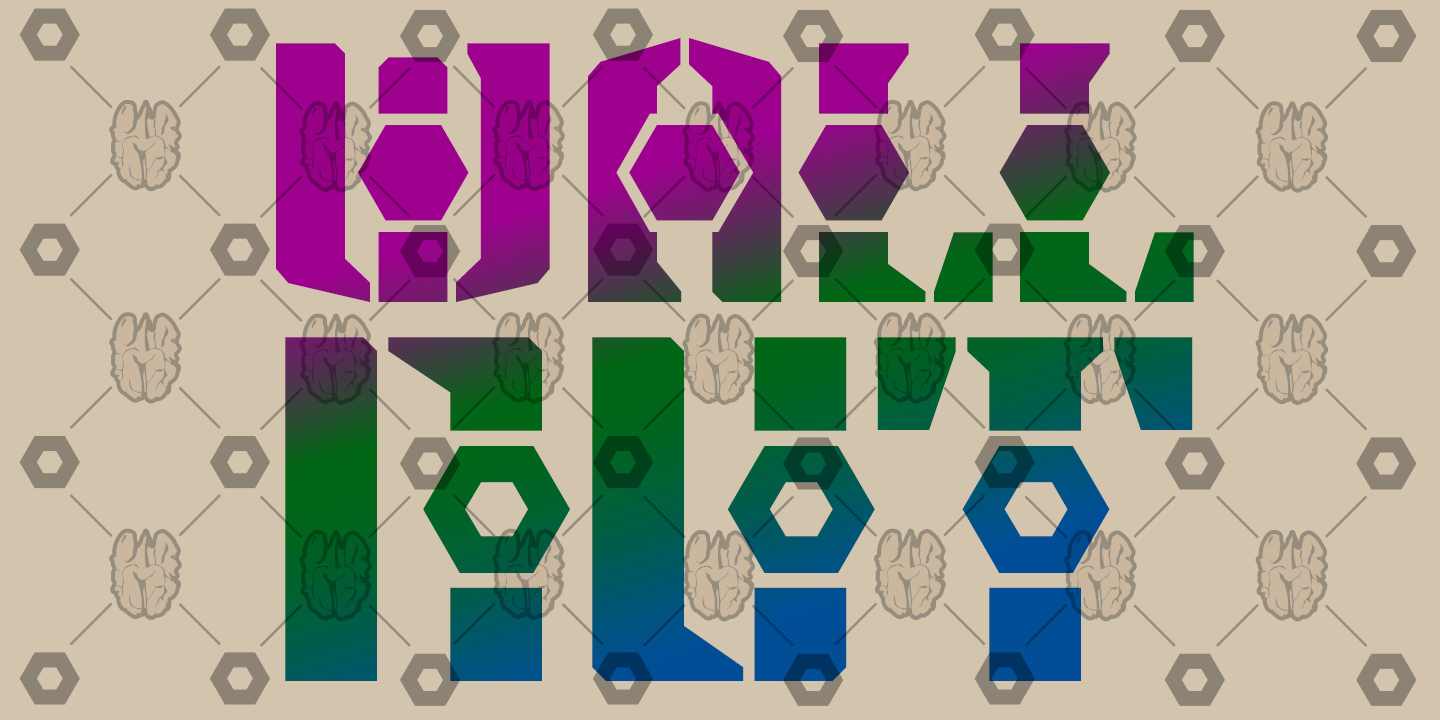