ULGA Grid is a modular, monospaced typeface reminiscent of the old Letraset LCD and Quartz typefaces from the 1970/80s with lots of alternative characters and ornaments to bring a fresh twist to the genre.

The idea's seed germinated while I was going through a phase of binge watching my favourite 1980/90s sci-fi movies (classics such as Terminator, Total Recall and RoboCop) that took the viewer on a journey into an imagined future. However, perception and reality don't always align. Thirty years later, when compared to today's technology, some visual elements look kind of outdated, almost Retro Futuristic.

The initial design process started out in Adobe Illustrator when I constructed letters from a few geometric shapes within a square block. Just playing around with different shapes was so much fun that it wasn't long before there were enough characters for a basic typeface. The project grew again as I experimented with designs within the shapes and set paragraphs of text in patterns, resulting in over a hundred alternative characters and ornaments, some of which double up as border designs.

This typeface may be square but it's anything but boring. What it lacks in legibility ULGA Grid makes up for in style and the end result is a surprisingly versatile typeface that can be used for a wide range of display purposes including CD covers, posters, packaging, advertising, brochures and film titles – and it's fun to use. Ironically, the fixed grid structure frees the characters to create patterns of text not possible with variable widths. 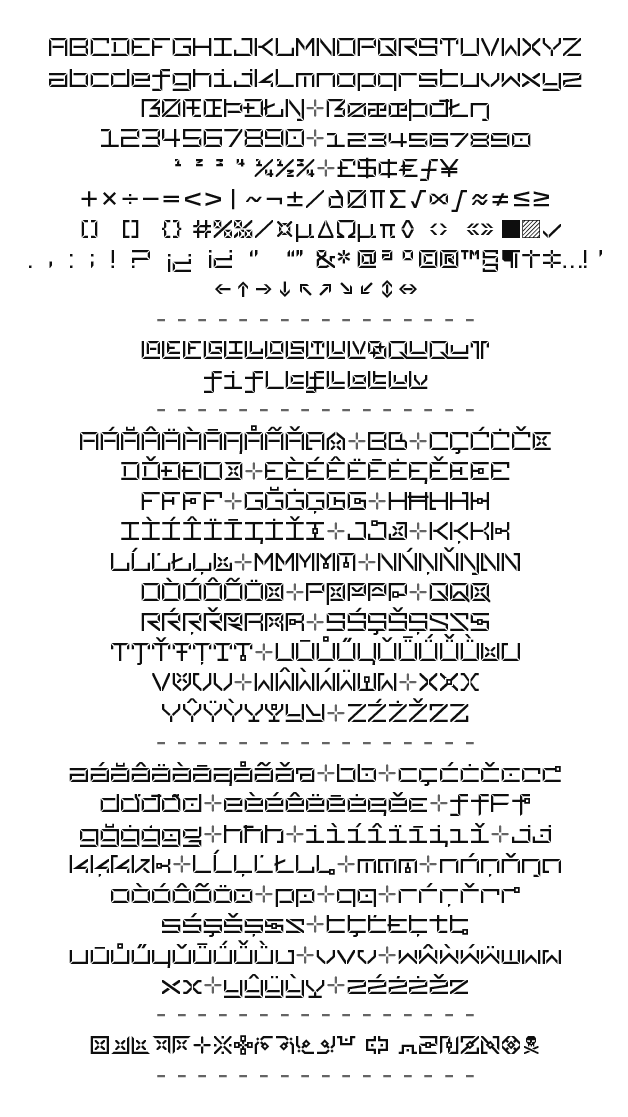